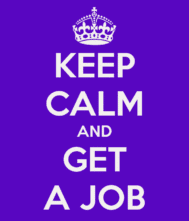 Career Transition Management: How one person secured their ideal job in 3 weeks.

When her employer made her redundant recently, Ashlee had been in the same job for over 5 years – and her prior role for 12 years. To complicate matters more so, she had not gone for an interview for 18 years. She had no job interview skills. So she was understandably anxious and fearful about her situation.

Fast forward just 3 weeks from being made redundant. By following the career transition advice we gave her, she confidently accepted a job offer within 3 weeks of commencing her career transition management program with us – with the added bonus of being offered increased remuneration! 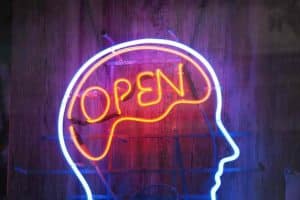 They say that when the student is ready, the teacher will come. We meet many people who are in the midst of various stages of career transition from their former job. Around 30 percent of the people are skeptical of the coach’s career transition advice and sadly do nothing. Around 50 percent of people do some aspect of their ‘homework’. Around 20 percent decide to seriously take on board their coach’s advice. In the case of Ashlee, she was keen from the get go: a single Mum, like most others, she also had responsibilities, a dependent family, and a mortgage. What made her different to the others was her unquestioning willingness to be open, to learn and to follow the path I promised her had worked previously for many other Participants we coached before her.

2. Deciding that her job was to get a job.

When I could see she was open to being guided, I made it very clear to her that her ‘main job was to get a job’. I’ve also emphasised this to other Participants of our career management services. But what made Ashlee different to many others was that she decided to really take this on. She committed. She had a fair clue of the direction she wanted to go, knew her strengths and went ‘full bore’. An introvert, yet very affable, within days of her receiving the news of her redundancy, she frequently networked with some of her former work colleagues; reached out to industry connections; watched her required online course modules, took notes while watching the modules and while she was being personally coached – she soaked up all her career transition advice especially about job interviewing skills; and applied to jobs online. She learned about one job vacancy which could utilise her industry skills and knowledge.  It was that job which she eventually landed. 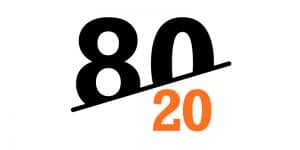 Ashlee is a no nonsense person. She knew the type of job and the industry into which she wanted to transition. So rather than mess around on extraneous things as people can do when going through career transition, she focussed in on what she needed to do: and used the principle of the 80/20 rule.

In fact she reminded me of the main principle of the book “The One Thing: The surprisingly simple truth behind extraordinary results” * the essence of which is, “What’s the ONE THING I can do such that by doing it, everything else will be easier or unnecessary?”

To her, the ONE THING was excelling in an interview. Instead of spending the time going through all her coursework, she focused in on perfecting her interview technique. We spent 2 career coaching sessions specifically working together on up-skilling her in that ONE THING – specifically focusing on the job description’s selection criteria. I got her comfortable enough to practice behavioural interviewing with me and then on her own. This was her huge leverage point. She practiced so much that nothing would seem like a surprise to her at interview. And nothing was.

When providing career management advice, I suggest we all can learn from Ashlee. We can encourage our other coaching clients to take heed of her three success factors. When they do they and the Coach find the interaction very, very rewarding.

* “The One Thing: The surprisingly simple truth behind extraordinary results” can be read on Kindle, Paperback or Hardcover